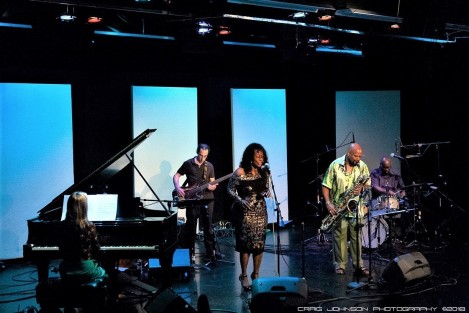 On Saturday evening July 14, 2018, I recorded my 20th CD in front of a large and appreciative audience at the now legendary SoCal venue, Alvas Showroom in San Pedro, CA.  Even though I have some milestone gigs this year, such as completing a one year residency at Hotel Normandie, a LACMA (Los Angeles County Museum of Art) concert in the Fall that will be recorded and broadcasted by KKJZ 88.1 FM, as well as my first NYC performance in 35 years headlining a concert in October at Fordham University; this performance hands down is the highlight of my year for 2018.  It is the first recording session in many years that I am extremely happy with; everything went perfectly as planned!  I was able to get my original compositions performed as I envisioned as well as getting it captured on tape!  This happened because seven people achieved “consensus” and agreed to execute and carry out my vision.  I am extremely humbled by the selflessness displayed by Jane Getz, Bill Markus, Thomas White and Rita Edmond in so heart fully performing my music as well as Bob Tucker for engineering the recording and Craig Johnson for his excellent photography of the event.

Trying to sustain consistency as a jazz composer and bandleader in 2018 from the U.S. west coast is a daunting task to be sure. To be honest, many times I’ve wondered if whatever project I was working on would be my last one.  But against all odds, I have managed to keep the DFQ together and performing for over 23 consecutive years! Back when we started in 1995, it was much easier.  There was so much more work for us.  We had the opportunity to travel and perform throughout the country and overseas.  We had the advantage of a large, knowledgeable and consistent jazz fan base that was still on the planet and they supported our brand of jazz music. 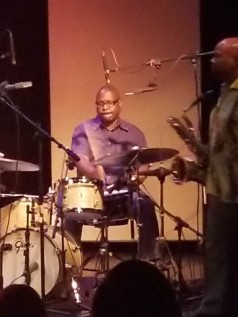 Unfortunately, most of that fan base has died off in the new millennium and was not replaced by the newer, younger audiences who prefer different, multiple genres of music.  I will never forget a moment during the late 1990s when called as a last-minute replacement at a jazz festival, I wondered if anyone would show up for our performance as there were other major jazz performers on the same festival in other rooms.  Amazed that over 300 people showed up for ours, I looked out across the sea of gray and blue hair and thought to myself, “this is my audience!  What will I do when they are gone?”  Gone are the days when we could rent 2 vans and travel up and down the west coast and throughout the U.S., supported by jazz venues and jazz societies.  Since about 2008, we find ourselves basically performing in our hometown Los Angeles area.  I worried about this change in jazz demographics because I was concerned we would lose our international reputation and eventually would be seen as a ‘local jazz group’.   Local audiences need to see press from different sources elsewhere to tell them the true value of a world-class band in that is in their midst.  And make no mistake, the DFQ is a world-class jazz group; one of the few that has remained together playing original jazz music for over 23 consecutive years, and still counting!

Clicking here will take you to my YouTube video playlist of the entire night’s performance of our live recording session for our up-coming CD: “Consensus”.  Be advised that the audio is from the video and not the actual audio that will appear on the CD.

So with the changing demographics of jazz in the new millennium, we artists have to learn to be creative as we are forced to foster our own performing situations.  This is what I accomplished with the residency at Hotel Normandie that lasted from May of 2017 to April of 2018.  I sought to create a unique jazz experience, utilizing the classic 1926 ambiance of the historic LA landmark Hotel Normandie, just on the edge of downtown LA in the Koreatown district.  On those nights we created a classic retro-vibe much like the Soho district in NYC, which felt very much like that due to the hard-hitting original jazz we played there.  We gave audiences a unique and original music listening experience.  That’s what brought them out and our guests supported the hotel by patronizing the award-winning Cassell’s restaurant and bar, located just off the lobby where we performed; so much so, that they had to hire extra staff to handle it. 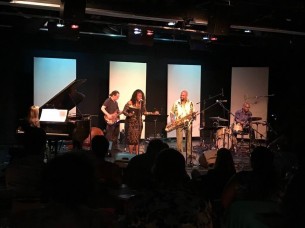 In recent years, I’ve turned to the now venerable Alvas Showroom in San Pedro to record my CDs live and in performance.  It is a cost-effective way to produce a recording.  They have state of the art sound there.  Many of us think this room may be “acoustically perfect.”  The owner Matt Lincir built it as a labor of love and the smallest detail is given attention.  For instance, the piano situation that Jane Getz loves so well;  how many places give you a choice of Steinway concert grands? Do you want the New York (American) model or the Hamburg (German)?  The only downside to recording live like this is that there is no safety net.  You have to be well-rehearsed and confident in pulling it off.  So here we are on July 14, 2018, in a live recording session that would be my 20th CD at Alvas Showroom before a large and appreciative audience.  I had booked the date back in late 2017.  It had been 3 months after what turned out to be our last performance at Hotel Normandie.  Prior to the Hotel Normandie residency, back then I was struggling with another ‘writer’s block’.  I seem to get these with more frequency the older I get.  I’m one of these composers who apparently need a deadline that performances give you to get any work done.  The lack of performing opportunities in my case without question brought on my ‘writer’s block’.  Performing monthly at Hotel Normandie, enabled me to renew my compositional designs on a monthly basis.  A lot of great writing happened over the year we performed there.  It was natural at some point to record all this material. 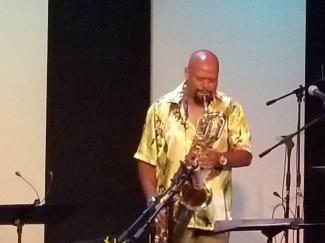 Unlike most of my recent recordings of original material, where the compositions were freshly written just prior to recording; we had been playing these compositions for over a year before recording. I’ve watched these tunes grow, evolve and metamorphose over that time beyond my original vision of them.  I felt that we were really ready to record as everyone was familiar and comfortable with the tunes and found myself really looking forward to our July 14th date at Alvas.  As I listen to the rough mix masters, I can say the band exceeded way beyond my initial hopes!  I will be looking to release this CD in June 2019!  You can check the whole thing out on YouTube on the above link.  Keep in mind that while you are getting the visuals, the audio is from the camera and not the excellent audiophile level audio captured by Bob Tucker!  Believe me, there is a real difference!  So you have something to look forward to when this CD comes out for 2019! 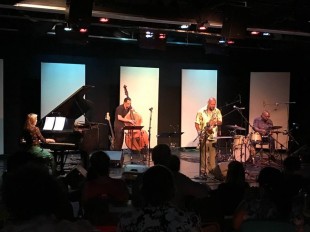 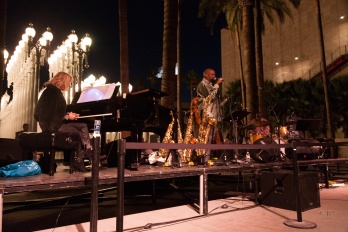 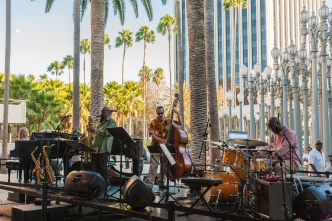 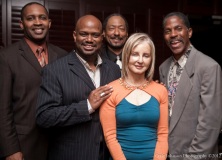 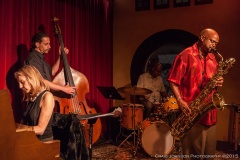 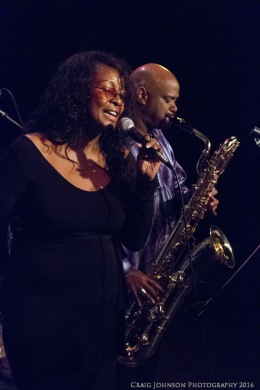